Lifted gently and efficiently by Lufthansa’s local jets from Birmingham to Linz via Frankfurt. “Ja zu Fra”: the busy hub where I just have enough time to make the twisting up and down journey between gates; hoping my luggage made it too (it actually didn’t last time and caught up with me later).

To a place where the sky and heaven are called the same thing, so that every time I think or talk about the sky I am also reminded of Heaven. It’s not a bad thing, when I think about it. Maybe we have too many words in English. Or not enough.

This is a return trip for me. I have seen this region in different seasons – and every one suits it. The dark skies (Heavens), clearly visible constellations and amounts of snow in one overnight fall that would (and does) bring my country to a chaotic standstill are routine here and decorate the rolling countryside magnificently.

END_OF_DOCUMENT_TOKEN_TO_BE_REPLACED

From the expensive wait

To the bright hurry-up

We file in patient-breakfast order

Down the tunnel’s concertina

Into the next tube that

Here is one excerpt (and it is hard to pick just one, only one!) from a book I picked, pretty much at random from the W.H. Smith bookshop airside at Birmingham Airport. I was at the start of a journey to Austria, going to be busy but you never know … maybe time for a little reading.

Written by Andy Weir, the book is called The Martian (strap line “he’s the most famous man on Earth. Problem is he’s not on Earth”).

I wasn’t expecting to be first at anything …

Now I miss those guys (the crew) … I’m the first person to be alone on an entire planet.

Okay, enough moping. I am having a conversation with someone: whoever reads this log. It’s a bit one-sided but it’ll have to do. I might die but damn it, someone will know what I had to say ….”

I was enjoying the book; I can say now that having finished it. A superb piece of work (though not certain of the science bits I just took them as correct) and the flow of the story is splendid, so is the style.

But, come on, that last paragraph-bit, that “conversation with somebody”.  That’s me, that’s each of us – perhaps – with our blogs eh?

Tailings of the mined-out

Dreams and wishes of

Roll across the blue geometry: END_OF_DOCUMENT_TOKEN_TO_BE_REPLACED

I am truly cast down low,

The numbers prove it:

A friend is leaving: skies,

Though blue, are weeping.

Be still a while;

Maybe I’m a little crazy, on

The outside of too much wine… END_OF_DOCUMENT_TOKEN_TO_BE_REPLACED

Found, lost and waiting in

Where the coffee jugglers

Playing games with the hobbled

In the Big and Wild,

Both black and white 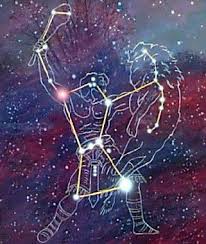 That links fusion and reflection; END_OF_DOCUMENT_TOKEN_TO_BE_REPLACED

Far away lights in these

Do not clash and threaten.

The horizon is a pale-line queen

The crocus road is longer, much longer

Than I could have expected and I start

To fall towards a gentle, butterfly death.

On my way to the Bronze-Rush Pool.

But bombarded me with questions; END_OF_DOCUMENT_TOKEN_TO_BE_REPLACED