In the sweet darkness

That are so gently governed

I am at last 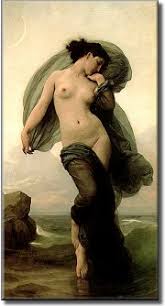 Family holiday: North Devon Coast; via expected bottle necks on M6 and M5 to the National Trust property at Kingshayes. Fascinating history, the owner/builder had a successful lace making business (in Loughborough) destroyed by Luddites who moved his factory to Tiverton, Devon … and was followed by most of his employees undred employees who – mostly walked – the two hundred miles to occupy the new accommodation he had built for them. Fascinating history, beautiful grounds.

Then tripping along the southern flank of Exmoor through the rolling hills of the county; roads usually perched on one side of a valley that runs between grass-for-silage meadows and either barley or maize. Grasslands: the original solar panels: converting sunlight into energy.

A couple of days in warm-rain soaked estuary town of Bideford. What a difference a tide makes: low slack water and misleadingly lazy looking mud banks that leave whacking great spaces beneath both the old bridge and the ultra-modern “high level” road bridge appears useless and untidy. High tide brings reflections of skies, boats that float jauntily and tourists. I know of course that appearances can be deceptive. These muddy shores are powerhouses for wildfowl and anglers and in history were an industrial thoroughfare, bringing trade and prosperity.

END_OF_DOCUMENT_TOKEN_TO_BE_REPLACED

But we set out on a mission: to find the churchyard where former Led Zeppelin drummer John Bonham is buried. Led Zeppelin – never my favourite band from a time where loyalties were tribal: so the Beatles or the Rolling Stones? Deep Purple or Led Zeppelin? Mod or rocker? And me? Loved the strutting arrogance of the Stones and I’d heard Made in Japan at a biker’s party – my loyalties were forged.

But Led Zeppelin were legendary*, among other things, for being loud. And especially Bonham: no nonsense, intimidating, aggressive, big and demanding. Born and raised in the West Midlands. Eventually we find the church (St Michael and All Angels at Rushock ); surrounded by sweeping agricultural farmland: barley, pastures … and quiet. A few martins slipping through the blue skies. Otherwise, if you stop talking the only sound you can hear is your own breathing. This provokes some interesting thoughts about life, death he nature of eternity and – once photos have been taken and tokens left … where to go next.

END_OF_DOCUMENT_TOKEN_TO_BE_REPLACED

Where I have been?

That I could summon,

Could not keep me

And, this morning, I have skipped

To reach this river-bank coffee pause.

END_OF_DOCUMENT_TOKEN_TO_BE_REPLACED 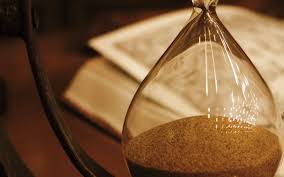 We can always tell ourselves;

If, after waiting we are

Do their usual business:

Numbers clicking on and on …

Of the white line

On a tiny screen.

But, on the old hill,

Down to the port

To take us further,

Another – if its possible,

While I’m reminded of a third

(Something special in that number,

In a rich eastern temple

And a ghost sends me

Notes from a church.

And I watch my breaths