Flinging itself with and against

No longer in opposition

As they were always meant to –

A big well-done to anybody who “had a go” at this poem a day stunt.
take a breath or two …
but keep writing!

Was it only me

That there’s nowt to notice

On the notice board?

On the notice board

For longer than the committee

Would care to notice ?

-Since they moved it into the hedgerow

So that people would notice.

The notice board is notice free;

Been no notices since

If people noticed this

They may have stopped noticing

The notice board at all;

That nobody, these days,

Or is it only me

The waves, the mountains

No longer answer your questions.

leastwise if they do –

Or make sense, of them.

Doesn’t mean you have to

Or give up all faith.

But, surely, when all

You get back is silence

You need to realise

It’s time to start to

Work it out for yourself.

Tryin’ to get some slack,

No easy task, trus’ me now,

On my way home from

Mice in a cat’s home.

Eased back, took a drag.

The winds, sketchin’ the seasons, 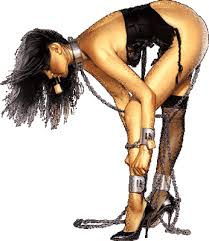 She is wholly mine

She wouldn’t have it any other way.

When I take her

Responds, so fantasy-easy and willing,

To my every whim: heavy restraint, whip,

She mews, smiles; in turns quiet,

Whatever I would she takes it,

She will never forsake …

Who am I fooling?

She is my sometime April muse

I met on a

Friends on the journey,

Even right by my side 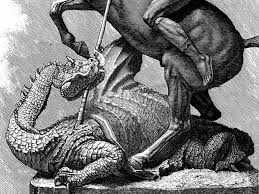 I want this to be a proper drama;

One of those delightful-in-the-end stories  …

That begins with a modest, under sung hero

It has to be against adversity

And to challenge overwhelming odds

And maybe not begin too well.

The dragon-foe is too cunning,

The opposition tribe too powerful,

At least it appears the case …

But neither can best our hero

And his honest, hard won skills.

And we will stand straight, sit still,

We will shake our spears,

And fill the arena with noise and choruses

If you can end it famously.

Is it possible bard?

The future is a sand-box:

Clean, though it has been used before.

Now pick up your spade:

Dig your holes, shape your hills,

Build the walls, the castles.

I am here, to nudge your elbow,

As I whispered in your predecessor’s ears –

Though you are all,

There are those that will use these grains

After you and your irrelevant efforts

Are gone … and they’ll never know that you were here!

The bad dreams will have you

If the best ones don’t.

April bulk behind the rooftop horizons.

We are the ones out of step,

The ones out of place, here;