He’d never enjoyed shopping. Couldn’t imagine how joining his ex-partner while she went trying on clothes in a bland, neon washed shopping mall would even begin to lead to them getting back together. But, remembering how much he had fallen so deeply in love with her every day for more than twenty years …

… and that their two daughters wanted them to try to make a go of it. Were suggesting that they go away for a weekend together again – at their expense – to see if they couldn’t work things out. And if he had loved his partner he absolutely doted on his daughters, though only one of them was actually his by blood.

The drive over had been a trial, the weather oppressively warm, the unexpected traffic jams not helping and the only thing he could think to talk about was the sight of two buzzards circling each other above the old Roman road. No. Really, that’s the only thing they actually engaged in conversation about. Buzzards.

She had done some talking: work, the weather, the colleagues from a previous job she kept in touch with …

He had listened, or tried to, but failed to concentrate. She almost certainly paid, at most, the same wandering attention to his stories of a visit to the hospital with the guy whose stag weekend he had been to, his efforts to learn German again, and a concert he wanted to go to in the autumn.

She drove cautiously. She always had. Parked efficiently and, once inside the too-slow-to-open automatic doors dallied at first this, then that display of clothes inside the enormous, soul-less spaces of the popular store. Fancy designer names that wouldn’t last the next twelve months, he thought. Clothes made up in sweat shops the other side of the world. Colours that were too loud. Styles that … 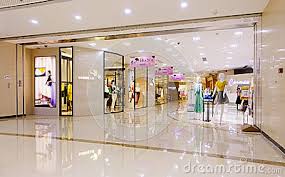 Then he decided he was over-thinking it all. Give her time. Let her decide. Don’t say anything controversial. Or flippant. And don’t get into some profound discussion with her at a time when she is focussing on shopping.

He passed some time reminding himself of that time he had been detailed by his then-boss to take a visitor from Turkey shopping. His protests went unheeded. He’d even told the very stylish Turkish lady that he didn’t like shopping.

She had smiled knowingly, beckoned him closer and whispered that she knew exactly what she wanted to purchase. It was only a matter of going to the shop – she had seen it earlier, finding out if they had the right sized boots for her feet, paying and then heading for a coffee.

“Marvellous!” he remembered thinking. Then spent the next nearly three hours in shoe shops, watching her trying on coats, looking at blouses and hats. Before she decided, with a sweeping declaration that better goods could be had in Turkey. Better. And cheaper!

He made no argument.

“Turks know about coffee too!” she had stated, then lead him to a ubiquitous fast-food joint, telling him that the “best coffee she had ever tasted” was from such a place.

Though he told her he had an instinctive distrust of such places – and he did, she insisted on buying him a coffee.

Which he had accepted with all the grace he could muster, then passed it to a beggar on the bridge as they made their way back to her hotel.

At the same time that he was re-living this episode, he was sure, he was making sympathetic noises about choices, helping, perhaps, a little bit with decisions, generally nodding and smiling.

Then it was time to try the things on. He wasn’t expected to add any fashion advice (never his strong point, they both accepted that easily enough). So he went to look at the men’s things. Took less than four minutes. He didn’t actually need anything, so wasn’t in the mood for it.

So he waited somewhere beyond the Fitting Rooms. Looking at the customers, the staff, the décor.

There was a woman who, for some reason attracted his eye. Long, lightly tanned bare arms. No wristwatch. Shoulder length loose blonde hair. The lithe way she moved confidently, something like a leopard, on long legs.

Lasciviously, unbidden, the thought that she wasn’t wearing knickers rushed in to his head. At the same time she looked, directly, into his eyes. A small tip up of the corners of her mouth. Humour? Stunned, schoolboy-guilty he averted his eyes … as if she might have read his very mind, his sinful-teenager thoughts.  Clearly she hadn’t because she lingered … and, he couldn’t help it – he looked again, then away again – in his own time -before she noticed. Or maybe she hadn’t noticed the first time. Women! Who knew?

The same two members of staff walked slowly by. Store detectives? Checking him out? Letting him know that they were on to him? In case he was up to … well, up to something.

His legs are beginning to ache, the handle of the shopping basket (picked up “in case I see anything I like”, she had said – like, surely that was the idea of coming to a shop) digging into his fingers. He needed a drink. Even an insipid cup of tea such as he was sure they served in the in-store café. And the sooner the better.

Going on holiday together? They weren’t even getting over that awkward first hurdle were they?

But she was smiling when she – eventually – appeared.

All four garments fitted her, indeed, felt comfortable. So, to buy all four – or whittle it down to just two? Three?

Oh and maybe, while they were here, she should look to find some shorts …

“I need a cup of tea,” he said. Her face fell, reflecting the flat tones he had used. Looked pensive? No, looked worried. Definitely worried.

“Sorry,” she managed, “ just trying to make something work …”

Then, after a pause, added, lamely, “You know?”

“Let’s go for a cup of tea first eh?” he suggested. A type of peace offering? Well, actually no: more a course of survival the way his head was pounding. Couldn’t she see that he was trying to make it work? He was actually, for the first time in God-knows-how –many years, shopping with her, brave face and all?

He got the table, she went for the drinks, taking her hand bag because she would need the loo on the way back.

He waited. Thinking. Thinking hard. It didn’t seem like they would make it. How to broach the subject with her? Make her understand? Did she want to make it work? Not by changing her habits. that much was sure from the past two hours and forty something minutes. He was drained. Looked around for inspiration. Tired elderly couples, sitting quietly at tables modelled apparently from ecologically friendly timber. A few too many of twee tables were still cluttered with safe debris, undesirable scones, sandwich packs, carbonated water bottles. Under-staffed? Inefficient staff? None of his business, he reminded himself, looking at the sterile walls painted in clashing colours: like that was making a statement of something other than the designer might have been colour blind. A single wall clad in timbers of contrasting woods and sizes. He’d seen allotment sheds with better walls.

A group of three mothers with four youngsters, one asleep in a push chair. They, at least were animated, laughing. The air conditioning switched up a gear. He pushed his chair back on to two legs.

She was suddenly there, opposite him. No tray, just a bottle of Coke and a straw. Standing. Looking down at him. Long bare arms. No wristwatch.

“Sorry to bother you,” she said, quietly,

“…it’s just that there aren’t any other tables available …” that flickering ghost of a smile; now you see it, now you don’t . This time definitely there, this time acknowledging her lie.

“… and I was wondering if you’d mind if I shared yours?”

“That was your sister you were with? Am I right?”

She didn’t pause for an answer. He wasn’t in a rush to give one.

“Bumped into her on the way out. Car keys in hand. Talking to herself. She said something like … she didn’t know why she had come here in the first place. It’s not like she was going on holiday or anything.”

She was already skilfully pulling the chair back with a sandaled foot.

“So my guess is she won’t be needing that little lot,” nodding to the basket of clothes on the chair.

“Oh and did I mention, ” she added, with what that firework flicker of a conspiratorial smile, “that you’re looking like you need a little help?”

“Only to find the answers to the big questions in life,” he leaned back in the minimal chair.

“The big questions in life?” she repeated, “now which are those?”

“Well, we could start with that one I suppose. Any ideas?”

“For me,” she sighed, “there’s usually only one. What shall I wear today?”

His next breath was a long one. He took it while she settled, bent over to take along pull through the straw.

10 thoughts on “Acknowledging the Lie”