Watched an engaging TV programme over the Christmas/New year time-bubble. About how the Tudors celebrated the Christmas holy days. It included mention of a certain “Plough Monday”; the first Monday following January 6th (Christian Epiphany: the date I was told at primary school when the three wise men/kings reached the Bethlehem stable). the day when the carousing and merriment officially stopped and feudal farm workers pulled up their socks, fetched out their timber ploughs and began to till the soil. A date in the almanacs and church calendars, when the Lord of Misrule (a purely temporary title) was put away for another three hundred and sixty odd days and bodies, if not minds, were bent back to physical work and hum-drummery. How jolly different Christmases were in those days – and how Christmases have evolved and changed over the years (when, indeed, not being banned – or, more correctly regulated, by governments) and how correct so many people are when they say  “Christmas isn’t Christmas like it used to be.” Correct in that the Christmas they remember, most likely from their own childhood is not like the “traditional” Christmas their own parents had. In some cases remarkably different.

My own childhood Christmases were hung about with Black Peter, the companion to Father Christmas/Santa who -perhaps because this is as close as dammit to the Black Country – would leave a lump of coal in the stockings of children who had not behaved well during the year. And, in some cases, was likely to take the recalcitrant child away!

Our tree was always a branch of holly from a farm hedgerow (no problem if the farm is yours!) and a Rupert annual was de rigeur as a prized present. No electronic gadgetry of course. Simple toys, sometimes home made. Our children’s Christmases were, as an English teacher I had in secondary school liked to say “the same but different”. There were Christmas customs from my family and from my wife’s family to commingle after all.

This year, on cue, the piece of holly I always take from a local hedgerow – this year loaded with luscious red berries – is taken out of the house on Twelfth Night and the decorations all taken down and packed away. In the roof.

The tree, a cut Nordmann pine is sacrificially dismembered and stuffed into the “green bin” (which in our case, is literally green in colour as well as purpose).

To explain, our district council runs a three-bin collection system: the aforementioned green bin for garden waste, a blue-in-colour bin for recyclable waste and a grey bin for “household waste”. There is a rota system and the bins are effectively and efficiently collected in turn every two weeks. The bins and collection service are paid for from the taxes we pay to the council; though this may – or may not – be supplemented by money from central government (a sore point in our cutback-rich, blame-the-other-side society).

“They’re gonna start chargin’ us for the green bins you know?” my wife is told by one of her former colleagues; they go out for a meal once a month: a great way to keep in touch.

When I hear this, thoughts begin the chug and whir. Firstly, this is the first I have heard of such a move, though rumours of it have been dusting the air for two or more years. Secondly, given that it is true, what responses are possible? can we say “no thanks” and the green bin is taken away? How much will it cost? In the first (what I guess will be a pilot) year, maybe the charges will be nominal. And, if we choose to try and manage without, what do we do with the stuff we currently put in there?

Most garden waste from our house plus uncooked kitchen waste goes into a caddy (actually a re-purposed plastic bucket with a sealed lid) and up on to the allotment compost heap. In return we ferry pernicious weeds from the allotment and ram them in the household bin when we are unable to dry and burn them on site (N.B. burning is only allowed on Fridays and then only under strict conditions, wind direction, smoke, nuisance and neighbouring houses).

And, by the way, what do the council actually do with the waste they collect? There was a trial about twenty years ago where they attempted large scale composting themselves: piling up the waste so that it generated the necessary heat, aerating it and using it on parks and plantings, selling some back to the residents. What happened to that scheme. A half mile from the allotment site is a garden centre at the rear of which is a separate – quite massive – composting area. I had believed that the collected garden waste was sent there. Are the council selling the waste (and why not? the contractor definitely sells it on and uses it for his landscape gardening business).

Or – being a public body, maybe the council pays him to take the waste. A win-win situation for him then. My great grandfather, farmer of this parish, was paid by the local coal mining company to collect pit pony manure from the colliery. he used this then to fertilise his land. A similar situation: win and – er – win again. Every time. My great grandfather also hired out his heavy horses to pull ice-breaker logs along the local spur of the canal that carried coal from said colliery to Birmingham and beyond (no fool, my great gramps, this was a time when the horses had little farm work to do – and needed the exercise to stay in condition).

And – back to the pay-for-recycling rumour – if it helps the environment – God knows it needs all the help it can get – why not pay and crack on. We have to do something with the waste.

Doubtless others will smuggle it and fly tip it somewhere. Giving the powers-that-be another headache. Or, as one of our neighbours – for some reason, hopefully best-known to herself – was wont to do, creep and put her family’s rubbish into someone else’s bin. she didn’t necessarily wait, by the way, until collection day, when all of the bins are out on the footpaths. There’s nowt as queer as folk eh?

The grey bin, should you be interested is reserved for household waste that is not compostable and not recyclable (paper, card, glass, aluminium cans and certain (you have to look it up on the council web-site) plastics. Those should be washed, dried and put into the blue bin. They go to what used to be called an incinerator. Since this word has, allegedly, negative connotations, they now go to the local county councils/ Veolia partnership Waste To Energy (W2E) facility. Here they are burned (incinerator by any other name) and the heat is used to generate electricity. The air is kept clean, we are told, by computer-monitored emissions controls that would close down the operation is safe levels were exceeded. 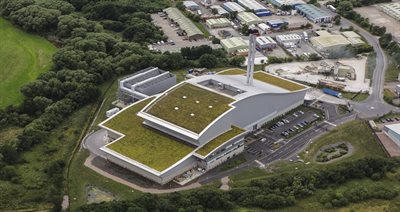 I am heartily in favour of this method of getting rid of waste by converting it to energy. It may be way to the future. fossil fuels have, surely, had their day. Veolia, a pan-European conglomerate have their eyes on this lucrative market; by which, who can blame them, they will make a small fortune.

3 thoughts on “Plough Monday Plus One?”