Balanced between Beethoven and Thunder,

We are all Destiny’s children,

Walking – whether we know it or not –

With our Fates and our phantoms.

This day our honest money is unacceptable,

We cannot climb the tower.

We cool our jets instead;

No wind, no forward speed:

The patient river of friendship

The new-old voices of rock 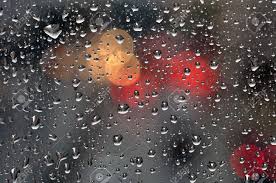 Seek, so desperate hard, to defy

The thunder that can never be heard,

The deeps that will not be denied

Are claiming their once-bright souls.

That I once could never have reached …

Around tables where I was the very active opposite of welcomed;

Feeling awkward, contrary-wise, where I was once at home

Yet relaxed in territories where I regularly trespassed and poached.

I have half-glimpsed many different faces

(Glimpsing me back I would have to guess)

In midnight-smoothed waters, and I force a smile

As I begin to realise I may yet be willingly playing –

And sooner than I know it –

The roles I once set my heart and face against.

I am truly cast down low,

The numbers prove it:

A friend is leaving: skies,

Though blue, are weeping.

Be still a while;

Maybe I’m a little crazy, on

The outside of too much wine… END_OF_DOCUMENT_TOKEN_TO_BE_REPLACED

Quiet tears rim the eyes of the slim figure, back-lit by a honey coloured moon that hovers over wine-dark seas, it’s light flaring across the path its reflection makes and climbing in through the creeper framed tower wind eye. The glamorous light also picks out a brace of looms and whalebone chairs in the floor’s centre.

A second source of light  grows brighter. This light is warmer, the scent of resin and burning herbs fills the heavy night air. Above the fire is a cauldron, hanging by a thin chain from a tripod. There is little smoke. This is a witch-fire. A strong enchantment is being prepared. There is much to be asked for; and it must be done well; done without fear. In all honesty.

END_OF_DOCUMENT_TOKEN_TO_BE_REPLACED

Leaning heavily on the crooked ash staff he had picked up at the wood’s edge, the old man put down the firewood bundle and looked back down the slope towards the brook. The sun was rising somewhere out of sight, pushing pale orange and pinks into the lightening darkness where a three quarter moon seemed trapped in the stag headed oak.

Where three heavy crows gripped topmost branches with clawed feet and stared at each other murderous purpose.  One at each edge of the tree; the third, in the centre,  looking nervously: first one way then the other as if deciding what to do next – meanwhile playing for time.

Solitary and grey a slow moving heron glided gently down to land in the long grass and buttercups at the bank of the stream, long spear bill ready immediately to deal death.

Perhaps these were portents, perhaps just nature’s way of spinning out lives of God’s creatures.

Rumour had it that the king, Richard the third of that name, had spent the night in a local church praying for success in the conflict that could not be far, or long away. What he prayed for beyond that was anyone’s guess. Peace of mind?  Death of traitors and usurpers? Outriders  from distant parts had been quartering the countryside for some days now; purportedly foraging, but on occasions stealing – if truth’s bare bones and empty larders be any sign.

But rumour? The idle rough chatter that had the miller’s goat poxed by Beelzebub? That had the daughter of the family that lived by the stepping stones impregnated by a shape changer? He smiled a wide smile, revealing spaces where teeth once sat.

Then his expression changed. Became grim, tighter. His own foolish son, taken by the braggart’s  glories  and stories, had left without goodbyes to join some ramshackle archer band or other; though for -or against – which side he knew not. Nor cared. The life here and had little effect or asked for nothing from distant monarchs. But he had loved his son and would feel the loss, more than just for his strong back and assistance with the pannage … and hoped he would return, rather than leave – or worse, be killed or maimed in battle.

Hobb the Lame, one of those travellers  who passed through the valleys to lend a hand occasionally was an old soldier and told of the privations of life in an army; the bullying, bouts of hunger and plenty, inaction then terrifying battle, justice and injustice – and injuries that left a soul craving the death of the wracked body

For himself, he needed only food, shelter and a few more years of good health; while kings and princes knew nothing of him or his way of life. As long as taxes be paid, and church attended. The change of crown would make not a scrap of difference beyond, perhaps, a different face in the tithe payment rooms.

There came, then, across the pasture grasses a new breath of wind. Gentle it was, but unmistakably there. One he recognised from his live-long collection of summers here, always here in this same spot. The playful but insistent first fingers of autumn’s approach. That lifted the water meadow flower blooms and set them dancing giddily; reminding them that their days were now numbered. That they needed to make the most of sunshine left to them, sunshine and warmth that from now would be lessening day on day. The wind that gently prised early-set thistledown from tall, drying  heads, spinning it across the low face of the sky, spreading the light promises of futures beyond frosts.

This was the change-of-season gates getting closer. High, round edged clouds rushing into the sky confirmed it, their edges blazed by sun’s torch rays, their bellies big and still darkling.

This was the wind that would sneak into the nest cups of swallows in the byres and stables, to chide the parents, bringing them instructions of journeys they must prepare for – and make. That would send them on their way to who-knew where.

The wind that would slow the saps of trees, a little more each day: the gentle latch-lift that would bleed sugar colours into the high leaves in the rookery.

His gaze lifted a little: to a distant hill long-connected with stories of a poor man meeting one of the Old Gods; a story he had shared with a passing merchant two days past over a mug of ale. How would it be, he wondered, before he could prevent the slow thought taking hold, if we could change kings as easily now as we have changed gods in the past.

This coming battle, if settlement were beyond reach was the business of kings and such, those few who could read, write, reckon and believe it meant something. His life, that of his neighbours was a different reality.

He looked back at the gibbous moon, disappearing in the light of a new day, thinking how fitting: the year is coming to the third season, whether we would have it or no.

The world is always moving on; changes in all manner of things are the businesses of destiny; think what we may.

It may be that I am not completely lost –

Or, indeed that in obsession,

This state is ultimately desirable –

But I am on a route of love-stones.

To one side water climbs,

Knowing, perhaps that its

Confident that it will return.

Two more nights will get me

To the consummation bridge

If bridge there be

And I am gifted two more nights.

For the first competition time.

All of the things

That are going to happen

Let everyone be here

When the last flag falls.