Another day. Another night and, out in the back garden – putting plants back into the greenhouse that have been hardening off in the warmth of the day (but need protecting from frosts overnight) – I pause to listen. 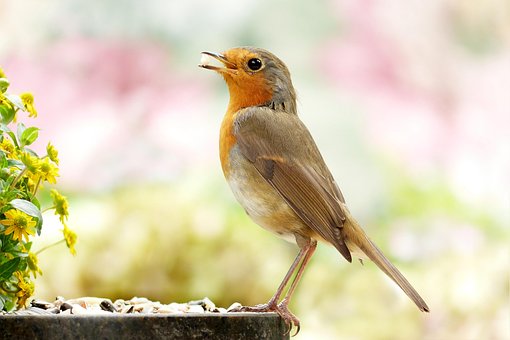 There is a robin singing, wonderfully, from the heights of a Leylandii tree in the next garden. A woodpigeon settling noisily into the Korean pine (possibly nesting in there). A dog’s excited barking a few fences away (the house where the outside light is nearly always on. For no good reason.). And not a sound from the M6 Toll Road which runs along the old Watling Street corridor  less than a mile away from the house. Not a sound!

As usual, liking to think myself an organised person, I had the tasks for the day planned out. But, as the new reality dawns on me, on the rest of the planet, I realise I have to pace myself.

I would love to be going out. Out and about. Visiting places of interest: to a farm where lambs are being born. To see our daughters. My grandson. To football matches. To concerts. The gym. To the Cosford Airshow … none of which are options in the circumstances.

So, the world becomes even more limited than it was.

Jobs in the garden? Tick. The allotment? My permitted form of exercise, tick. Decorating? Hmmm, let’s not push it, okay?

And there is a need to pace myself. Not rush through, crazily, get all the jobs completed and then go :

Now it is no secret that I don’t care for the mess of chores that make up the maintenance of a standard English lawn. Don’t even like mowing the grass regularly. But, following the earlier, though now largely forgotten about floods in January, February and early March, I do know the lawn could do with, at least aerating. Our lawn is a mess of a moss that I suspect is sphagnum, daisies, dandelions that feed early waking bumble bee queens, cowslips and – oh yes – some grass. There’s an apple tree (Beauty of Bath) that leans to one side in the space and naturalised daffodils … and, more recently wild garlic (that one of us mistook for white bluebells (even as I type it I am smiling broadly).

And so, in my head, I divide the area into patches; quite randomly. And start with the garden fork, furthest away from the house. There is no rush. No need to prove anything, nobody to prove it to. And, as with double digging, I get into a rhythm. The newish fence casts a wash of shade. As I work I notice the small things: brambles intruding, a single windflower vibrating in the ground level gusts, the remains of an allotment apple thrown out as feed for the thrushes several months ago. Small surface stones get picked up, cast onto the border, twigs brushed aside. Dark leaved celandine are new; grown from a pot bought as ornamental bedding and split up and planted. Then I am suddenly aware that I am surrounded by dozens of worms. Fellow garden labourers whose interminable work below the surface keeps the air and nutrients flowing constantly. The last full moon was, apparently named the Worm Moon, because this is the time of year worms become more active, more visible. In fact, they’ve never stopped their work, maybe just gone a bit deeper, slowed down. The vibrations of me stepping on the grass, pounding my size nines on the fork and the motion of the tines in the ground has, I guess, forced them to flee in that binary fashion by which they live their simple lives:

“There’s a predator below, head upwards!”

Stopping to lean on the fork and observe them for a spell I am aware of how lucky we are to have this size garden. Not massive, but big enough to spend time and effort in. As I type there are people across the world with either no garden, or very little space. Cooped up.

And I count my blessings. It was a deliberate choice to go for a property – all those years ago – with a bigger garden. Space to develop, pace to play, space to spend evenings, space for a cup of tea and a biscuit, for a barbecue.

Others decided to opt for little space or no garden. Easy or no maintenance. House builders, following the trend provided houses with postage stamp plots. And there are now housing estates packed with boxes-as-houses, very close to each other, front and back, side by side.

And, I suspect, people will be beginning to feel claustrophobic. Whether this will lead to a housing market where people actively seek bigger gardens remains to be seen.

It is also possible that people with space will begin to pay more attention to their gardens; though garden centres are currently closed. Hopefully they’ll move away from the indoor, screen-gazing, button-pressing, take more note of nature, the fresh air, natural cycles. Use it instead of thinking it a chore. Or taking it for granted.