There goes the moon 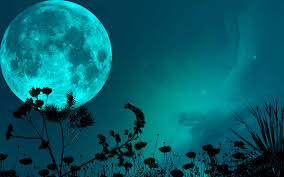 END_OF_DOCUMENT_TOKEN_TO_BE_REPLACED

Lifted gently and efficiently by Lufthansa’s local jets from Birmingham to Linz via Frankfurt. “Ja zu Fra”: the busy hub where I just have enough time to make the twisting up and down journey between gates; hoping my luggage made it too (it actually didn’t last time and caught up with me later).

To a place where the sky and heaven are called the same thing, so that every time I think or talk about the sky I am also reminded of Heaven. It’s not a bad thing, when I think about it. Maybe we have too many words in English. Or not enough.

This is a return trip for me. I have seen this region in different seasons – and every one suits it. The dark skies (Heavens), clearly visible constellations and amounts of snow in one overnight fall that would (and does) bring my country to a chaotic standstill are routine here and decorate the rolling countryside magnificently.

END_OF_DOCUMENT_TOKEN_TO_BE_REPLACED

Between sky and earth

The sound of a blind, heavy plane –

I’m falling, all too willingly

Into a highwayman sky –

Tumbling, so easily away.

Of thin, deep lines of music.

That twist and change.

To the harvest yard again.

I saw the moon,

Bigger than the future,

Of a darkening sky.

The bitter and the sweet,

The tunnels and the lights

Draw closer to my door;

A little further behind.

For good or ill?

And who may know?

My feet are becoming

Accustomed to this path.

Special. Special somehow. A special place. And moment. Not a geographical place; not exactly though location be important. A little left of lonely, drawing close to harmony, somewhere short of melancholy, though it must be close. A place of still air, promise, potential. Change doesn’t always come on the wind.
Lie back in the chair. Unusual view. The view from a position as if lying down. A view between the branches, past the sap-conduit snakework branches – from this perspective not having height as a dimension – the pattern becomes a god-doodled page in a road atlas. Emphasis switches between seeing the branches and seeing the spaces between the branches, coated islands of sky. The view between dinosaur track laburnum leaves, filled with end-of-summer sugars.
The silver chair back cold jumps into the neck, sharp and sudden in the evening warmth. It’s metal; not painful, just not ten-out-of-ten comfortable in this position.
Look up. Up where the soul-smoke travels. Through tranquil, unresisting air.  Miles of it. So many of me, standing upon one another’s shoulders, reaching at the drifting vagabond clouds. I am a child again, half believing that the clouds stay still, their apparent motion the illusion created by then movement of the earth: evidence that the earth is spinning. I grin inside, at the memory. The certainty I had.
Playthings of the wind and sun sprites, these clouds. Inviting, tempting observers to see shapes, patterns, to attempt to divine the future, the past from what is not actually there.
They are liars too, these clouds, showing all the colours they do not have, wearing them like accessories. Pink, rose, lavender, grey, old-bruise yellows and dead-moss greens.
Beyond the jester-clouds to the blue-that-isn’t blue. The ugly, intrusive sound of an invisible heavy plane tractoring freight – soon gone, followed by its echoes, passing the space that had earlier been filled with the commuter conversations – query,  query,  query – of gabble gaggle geese, a loosely structured formation, mother and nine sisters, homeward bound in a lazy, well fed arc. Now filled with swooping, cutlass winged swallows, hawking insects, scrawling their goodbyes in graceful curves and rapid as blink glides.
The blue lie. So hard to believe that it’s rue I don’t believe it all of the time: that the whole celestial mechanism of gears and circus mechanisms of space, planets, the milky Way, stars and all are there but cannot be seen until the sun drops below the horizon. Features that appear to come into the eye one at a time.
(I used to think that the sky-with-sun was blue, that the sky-with-moon-and-stars was black. It explained all of the facts known to me conveniently … but I never worked out where the line was that separated one sky from the other, or why I had never seen that line.)
Then I remember, as I’m thinking on this faith-puzzle, the eclipse that I have see. The wonderfully eerie stillness that creeps across the face of the earth, across harvest fields, across pine forest, across car parks. The way that birds land, as if confused, and stop singing, becoming spellbound and silent. And, as the sun is blanked out, one disc sliding over another, the coincidence that the two, moon and sun are apparently the same size a marvel of nature and maths making both the same size … and the shy stars leaping into view, reassuring and beautiful.
14/8/2012