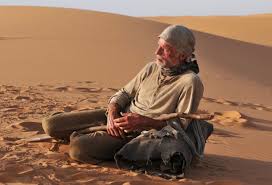 Past the last of the

In this serious desert: END_OF_DOCUMENT_TOKEN_TO_BE_REPLACED 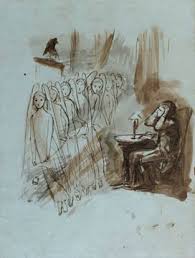 END_OF_DOCUMENT_TOKEN_TO_BE_REPLACED

On the dark, dancing edge

Oh please let there be

Nail the mewling monster to the door

With red-hot iron dogs and

Be not gentle with the sledge

That drives them home

Through bone and sinew.

If it pleads, tries to explain; END_OF_DOCUMENT_TOKEN_TO_BE_REPLACED

This  comes courtesy of blogger Dyan Diamond who posted this

Being both curious and not a little inspired I had to look it up, first the wonderfully imaged advertisement, then the Walt Whitman poem which is voiced so perfect-well by Robin Williams.

So ,take a peek at the ad, remember I am not a great fan of I-pads (but shamelessly use one when it suits me!) and then read the original below.

Muse with me and as I did, whether it is better to have the images put before you – as is done so creatively in the ad – or to simply imagine your own.

I don’t even know what I think myself any more.

Oh me! Oh life! of the questions of these recurring,
Of the endless trains of the faithless, of cities fill’d with the foolish,
Of myself forever reproaching myself, (for who more foolish than I, and who more faithless?)
Of eyes that vainly crave the light, of the objects mean, of the struggle ever renew’d,
Of the poor results of all, of the plodding and sordid crowds I see around me,
Of the empty and useless years of the rest, with the rest me intertwined,
The question, O me! so sad, recurring—What good amid these, O me, O life?
Answer.
That you are here—that life exists and identity,
That the powerful play goes on, and you may contribute a verse.

Ferocious, combative and, as usual, uninvited

The Witch-Wind bustles into my

She is familiar, perhaps, but unexpected: END_OF_DOCUMENT_TOKEN_TO_BE_REPLACED

Any of you who are

Not robbed of sensitivity

END_OF_DOCUMENT_TOKEN_TO_BE_REPLACED

This question-prompt night, I feel the

Travel-far wind of her passing –

As it gently settles its precious

On my aching soul and

END_OF_DOCUMENT_TOKEN_TO_BE_REPLACED

The strident telephone bell exploded into his sleep. Broke into  his dream., where it was an alarm on a ship. And he staggered out of his bed into the corridor. Which became the half-remembered armoured claustrophobic corridor of a military ship. Which pitched and tipped as the ship, something like a destroyer to be moving like this … his waking mind was trying to make the unconscious inhabitable. And the destroyer was beginning the nautical equivalent of a racing hand-brake turn and his stomach was rising towards his throat. So he grabbed the big circular handle that, when turned would water-tight the rooms beyond, as he gazed into the …

…. control room of a Russian submarine, with transparent battle-stage screens and computers and the iconic periscope mount.

The telephone rang again. A jarring old-fashioned Rrrrring- Rrrring of bells. Now he was awake.

Who could be ringing at this time of the morning? His mother? Presumed somewhere on the way to Australia to stay with friends? The plane ? Oh God, please let everything be OK … the silent unformed prayer. One of his daughters?

“Good morning sir, this is Chris from …”

His mind now was working in different directions. Part of it relieved  that the call was not from his family; part of it angry that he was being disturbed from a good sleep – and one he really, really needed by some idiot cold-calling. Part of him remembering another glorious time when an alarm bell had burst into his dreams. Dreams that were not entirely dreams.

Between lucrative jobs. Away from the wife he loved and the six-month old child that had turned their lives into a wonderful new phase he was loitering on the Bergen harbour front. Interview completed, nothing particular to do, nowhere to be for an afternoon.

END_OF_DOCUMENT_TOKEN_TO_BE_REPLACED

It can easily appear that

Every life is a cloudy draw.

If you can’t sit,

And the expectations, then

The storm and the roads

Gonna see you off.